As a professional groomer, you’ll sometimes hear dog grooming complaints from unhappy customers. That’s just a reality in this line of work! What’s important is how you choose to handle these complaints.

Today, Casey breaks down 3 common client complaints. Moreover, she’ll reveal the RIGHT way to respond to them. This way, you can properly mitigate the situation – and hopefully turn an unsatisfied client back into a happy one!

I would be completely lying if I said I never, ever got one complaint from a client. And you know what? There’s absolutely no shame in getting one, because it will happen at some point or another throughout your career.

After all, we are human. We’re not perfect! Sometimes, I think clients forget that we make mistakes, same as everyone else. But one thing they don’t always know is that complaints can actually help us in the long run.

They really do, trust me. Personally speaking, I have grown SO much as a groomer because of what clients have said to me. If ever a dog grooming client voices a complaint, the key is not to simply shrug them off.

(Well, I mean, sometimes you will. It’ll depend on the nature of the complaint, of course.)

But for the most part, you need to embrace complaints and see them as constructive feedback. Only then can you use them as a way to better yourself.

Today, I’m going to discuss a few experiences I’ve personally had in my dog grooming career so far. Hopefully these experiences – and how I handled them – will help YOU if (or when) you run into a similar dilemma.

3 Dog Grooming Complaints and How to Handle Them Properly

This is a complaint that probably won’t be all that common for you, but you’ll more than likely hear it at least once. In this situation, the owner thinks that you’ve injured their dog during the grooming appointment.

For example, one time I groomed a Shih-Tzu pup, same as I’ve done many times before. There were absolutely no issues during the groom, nor where there any issues after it. In fact, the dog was happily running around while waiting for the owner to come back.

However, a few days later, the shop got an email from the owner. In it, they stated that I’d cut her dog by her private parts. Moreover, she was disappointed that no one had told her that her dog had this cut.

She also stated that she was going to be bringing her dog to the vet because she was in pain. I remember her asking in the email, “How did we not tell her, because clearly her dog was in pain?”

So, when I had a minute, I simply started writing her back. I told her that I was sorry to hear about her dog and how uncomfortable she was. However, I stressed that if I had accidentally cut her dog during the groom (which I know I didn’t), I definitely would have let her know.

After all, that’s not something we try and keep from owners. On the contrary, we ensure to inform them of anything like that immediately. Afterwards, I went on to say that she was fine after the groom as well, as well as the fact that there were no issues present at that time whatsoever.

PRO TIP: Notice that I wrote in a very professional manner that I didn’t injure her dog. Furthermore, I made it clear that if ever I were to make such a mistake, I’d have admitted it and let her know. If you know you didn’t do anything wrong in a situation like this, stand up for yourself. Trust that you did the right thing.

Not long after, I received another email back from my client. In it, she apologized and admitted that she figured out that it was all just razor burn. Her dog had been licking it raw and that’s why it looked worse than it was.

It actually worked out for the best, because I wasn’t aware that this dog got bad razor burn sometimes. As a result, I was able to add it into her file so I could be mindful of that next time.

So you see, if I had admitted to something I hadn’t done, this whole situation would have had a very different outcome. My client’s pup could’ve continued getting bad razor burn because I wouldn’t have known it was a potential issue.

My point is, there are ways to stand your ground and be nice about it! I get that she was upset in the first email. But as you see, all I had to do was explain my side of the story, along with what I’d seen, and it all turned out fine in the end.

Want to ensure you’re fully equipped to handle all possible injuries and/or emergencies on the job? Take your dog grooming skill-set to the next level by enrolling in QC Pet Studies’ First Aid for Groomers Course! 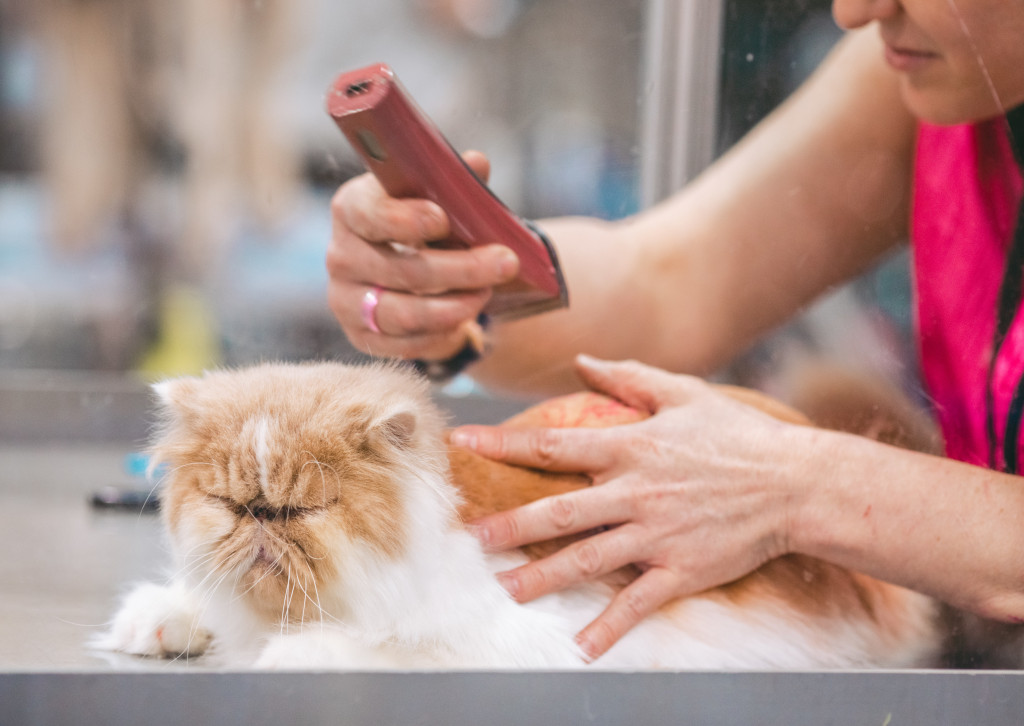 Sometimes, you’ll have brand-new clients coming in for their very first dog grooming appointment with you. Now and then, some people may start going off about how the last groomer did this and that, and how unhappy they were.

As you can imagine, this can be quit intimidating. Some clients are looking for a PERFECT groom – and honestly, there isn’t one because it doesn’t exist. There are some people that you just can’t make happy. Such is life.

But as always, it’s still your job to try your best! So, listen to everything they’re saying. From there, approach the groom based on your understanding of what it is they want. If you have any questions or are unclear about something, don’t hesitate to ask!

Based on my personal experience, when these types of clients come to pick up their dog afterwards, they’ll gush about how cute it looks and how they like it. However, within a couple of days, our salon might get a call about how they actually hate the groom.

Despite their initial, positive reaction, it’s not, in fact, what they wanted.

From here, I’d simply ask if there’s anything I can do to fix what they don’t like. Similarly, I’ll ask if there’s any additional info I should know this time around. This way, I can avoid doing it again the next time.

Believe it or not, a lot of time, that client will just wind up saying something along the lines of, “No, I just wanted to let you know.”

This is the point when I’ll say, “Okay, thanks for calling. If that’s everything, I must get back to my client (a.k.a. the dog I am grooming).” Then I’ll leave it at that.

Most the time, you won’t hear back again from a person that doesn’t like your cut. They’ll simply not return for future business. In this industry, get the odd person who seems to have something negative to say something about everything sometimes comes with the territory.

This is fine – but these are the types of customers I recommend shrugging off and not letting ruin your day. After all, there’s not much you can do about it after the fact. You did the best job you could, and you tried everything in your power to remedy the situation. 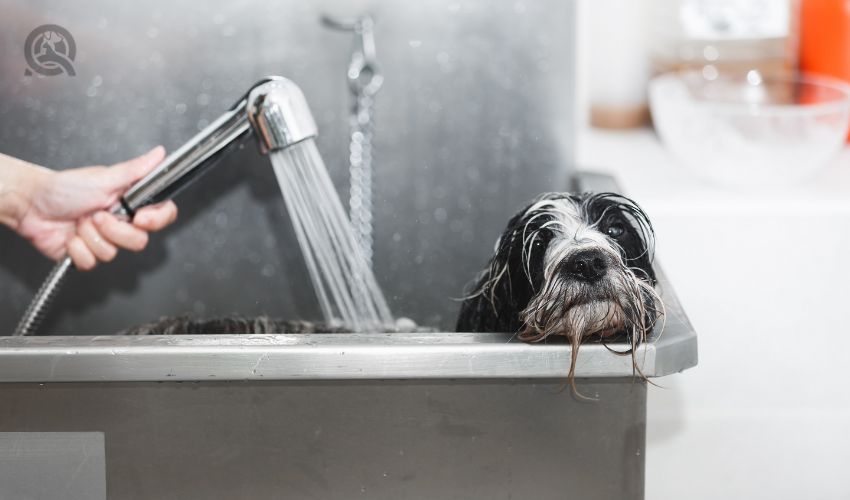 With dog grooming, you not only give dogs haircut. You also groom bigger dogs that just need a good brushing. At my shop, we call this a de-shedding treatment.

We use special shampoo, brush the dog in the tub, blow-dry them, and then brush them even more once they’re all dry. Essentially, we’re getting all that extra dead undercoat off the pup.

But the thing is, they’ll most likely still be shedding a bit. After all, dogs shed. That never completely stops, and it’s just part of having a dog.

Plus, if it’s the dog’s first time getting the treatment done, it’ll most likely shed a bit more because their hair follicles aren’t used to the treatment. So, that’s definitely something to keep in mind, too.

A surprising amount of clients will wind up complaining a few days later, after their dog has seen us. Why? Because they’re unhappy that their dog is still shedding.

Well, yes… They will continue to shed. Because they’re dogs.

The goal is to reduce the amount of shedding, so that it’s less than it was before the grooming appointment. However, it won’t stop it entirely. In the face of this kind of dog grooming complaint, I’ll simply tell the customer this.

Some of the time, they want us to re- brush their dog because they think it shouldn’t be shedding hair at all. Of course, I can do that – and I will, if that’s what they want. However, it’s still very important to try and instill in their minds the fact that their dog will continue shedding.

Simply put: that’s what their dog does when they have an undercoat. Clients will typically be a lot happier with grooming results once they have a realistic understanding of what to expect.

I hope this article can help you in the future, as you navigate your way around dog grooming client complaints. Just stick to your gut and believe in yourself. Tell the truth always, and above all else, just have fun grooming!

Become a professionally trained and certified dog grooming expert in less than 1 year by enrolling with QC Pet Studies today!

The post 3 Dog Grooming Complaints and How to Handle Them appeared first on QC Pet Studies.

In this lesson, Judy Hudson shows you several approaches to a basic haircut with style, speed, and safety. Judy demonstrates her techniques on a Shih Tzu, but they apply to MANY purebred or mixed breed dogs. She also provides some handling tips for working with uncooperative dogs! In this video you will learn: What’s the…

Joe Zuccarello’s latest video is live for L2GD Members! In this month’s JZ10 coaching session, Joe Zuccarello talks about tips, or as he would put it, “mini bonuses funded by the customer.” While getting tips from happy customers feels good, did you know that there are ways to increase the amount and frequency of your… 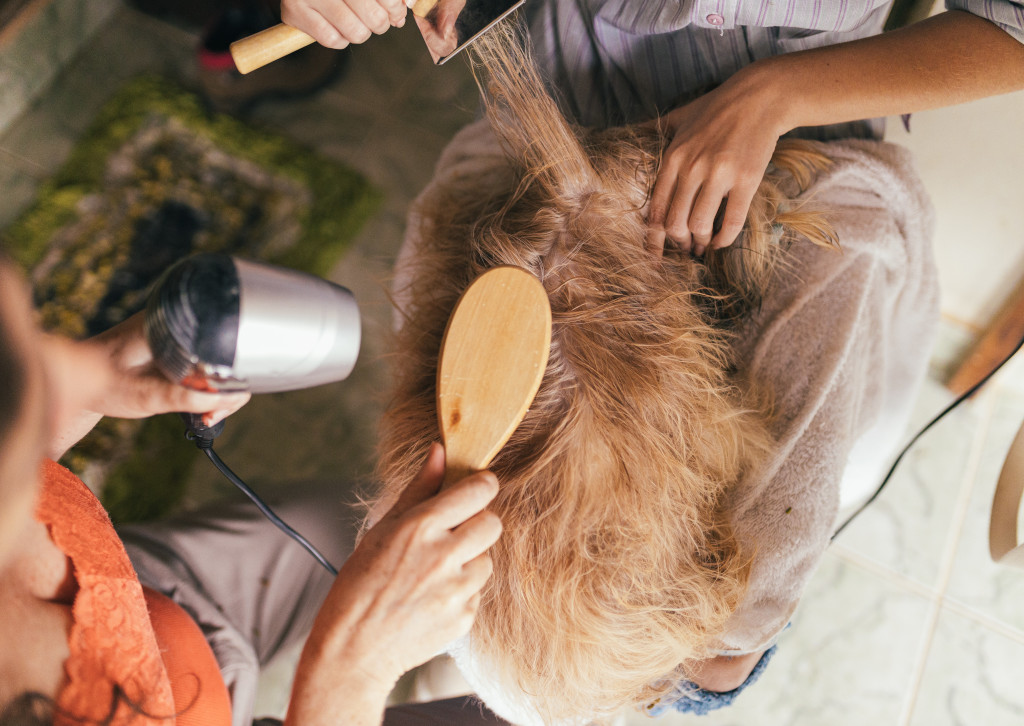 How Do I Find the RIGHT Dog Grooming School Near Me?

> If you’re reading this article, it’s probably because you’ve decided to finally turn your dream of becoming a professional dog groomer into a reality. First of all, congratulations! You’ve just taken the most important step, so you should definitely be proud of yourself. But now you might be wondering: “Where should I get my certification…